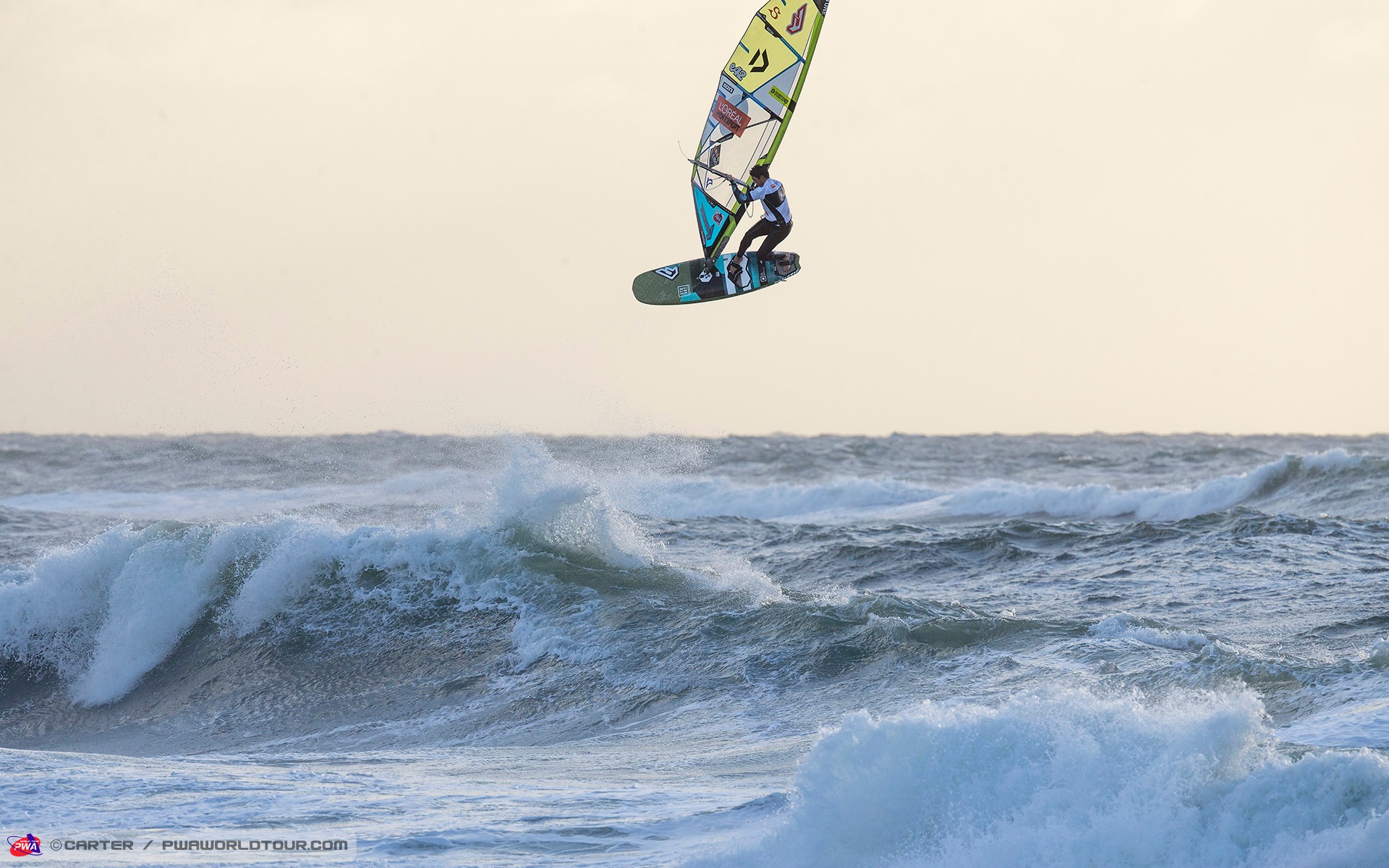 Everything is good. I just arrived on Maui and I’m very excited for the next month here.

How does it feel to have won your 3rd PWA Wave World title?

It feels amazing, I can’t believe I got 3x. It has been an exciting year, I did not start on the podium but it ended up amazing for me.

Obviously, you had to go through a nervous wait for your latest title after some confusion… what was going through your head when you thought you were already world champion and then it turned out it wasn’t official yet?

It was a weird moment when all this happened but I was very happy with my performance in the double elimination in such hard conditions. I just thought I did all I could and it was not in my hands anymore so I was happy finishing second. I thought it was going to be hard for Thomas  [Traversa] to beat Ricardo [Campello] twice but in these conditions, Thomas is very fluid and he can beat anyone.

Did you watch Thomas [Traversa] versus Ricardo [Campello?

I did not watch anything. I felt cold after 5 heats in the double from 7am until 10.30am so I went home to take a shower and I did not check my phone until Klaas [Voget] called me and said ‘You are World Champion’ . I could not believe it.

If we go back to the start of the season, you finished 4th in Pozo, which was the first time you’d finished outside the top 2 there since 2006, did you think even at that early stage that your title chances may be over for the year at that point?

Yes, it was not my best start but still 4th place is not a bad place. I was looking for a podium. I finished 3rd place in the single and I lost to Ricardo in the double. I was happy with my 4th place cause 10 days before the event I injured my lower back so it could have been worse.

Heading into Tenerife do you think you felt more or less pressure to perform?

In Tenerife, I did not have any pressure as I was coming in with a 4th place and I was feeling prepared for this event. I like the variety of conditions in Tenerife. We have been lucky every year with conditions and it’s a very fun place to windsurf.

You have an incredible record in Tenerife with 3 victories there in the last 4 years – what do you like so much about Tenerife – and it must have felt great to bounce back with an immediate victory?

Yes, it felt amazing to win again in Tenerife and lead the ranking before Sylt. Everything changed very quickly. I can’t believe that I have won this event 3 times. It’s very hard to win events as we don’t have many opportunities having only 3 events. I like to compete with the best guys on tour, I push myself more when the level is higher.

Looking at the results, and from watching, it looks like almost anyone is capable of beating anyone on their day now with the level so high… would you agree that the level is at the highest its ever been and does that make your latest world title even more rewarding?

Yes, I do agree. Also, we have had the same events now for many years and the riders are coming earlier to train before events so the level is higher. I like this a lot, it pushes the sport and makes it more exciting, so when you win it’s even more special too.

In Pozo we saw you starting to throw yourself into pushloop forwards – do you think that in the future that move will be a necessity to make the podium there again?

Yes, I think the push loop forward, stalled doubles among other big moves are very important to win Pozo or other events on tour when the wind is very strong. I like this so I push myself to go for bigger moves too.

How did you celebrate your latest world title?

I celebrated on Sylt with friends. I had some champagne with my friends at the creperie owned by Mario (Am Meer) on Sylt. He is welcoming all the riders at his creperie every year during the PWA Sylt. Also, we had a Duotone/Fanatic Team Sushi dinner which was very good.

And finally, how will you be spending the offseason?

I will be on Maui for a month. After, Spain, Chile and maybe Western Australia.

Thanks for the interview, Victor. A huge congratulations again on winning your 3rd world title. Have a great winter and see you next season!